An important aspect of Viking Survey is its ease of use. The interface is divided into logical sections all of which have clearly visible figures. Only the necessary tools and buttons are displayed on the screen, offering a clean and easy to use interface. 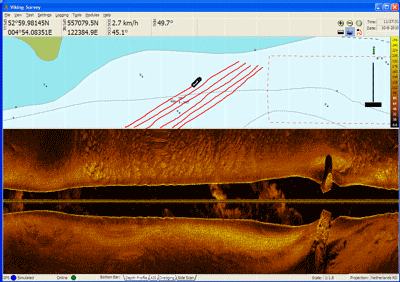 Sidescan Survey of a large wreck in the Waddenzee

With support for most echo sounders, realtime sidescan sonar and additional hydrographic equipment. Viking Survey is a great tool for both large and small scale survey projects on virtually any type of vessel.